The world is going crazy with the new feature of the triple rear camera in smartphones. So, the smartphone brands are also offering their customers with the features in demand in place of disappointing them.  Along with rear camera feature, there are also many other such features that have gone viral and customers are looking for them in their smartphones. Vivo has just launched its smartphone model Z1X and has also started making business since this month in India.

With a starting cost of Rs. 16,999, the smartphone comes loaded with many updated features that make it one of the devices that are ready to offer competition to other smartphones from other top-class brands in the country.

Highlights of the Smartphone

The smartphone, though is featured with a range of amazing features, there are some of the specific highlights that are worth talking about. It has

Specifications to Know About

Apart from the highlights, it will be a great thing to know about the technical specifications of the smartphone before moving ahead to the other sections.

Other Features to Describe

The best thing about the smartphone is that within this average range also, it has managed to features some of the modern options such as the fingerprint sensor on display. The Vivo Z1X is the first smartphone in this series from the brand that has come up with the Type C charging port. It also offers 22Watt fast charging.

The brand has focused on the look of the smartphone and has come up with a punchy color that can have a great contrast with the display. The front camera for selfie adjusts and hides perfectly in the drop notch of the device.

The smartphone is launched in two different variants in the Indian market, and also they are available in the colors Phantom Purple and Fusion Blue. After the smartphone range has got launched this month, they are already out in the market for sale from 13th of September. The smartphone is available at sale at the online stores of Vivo as well as Flipkart. How To Make Answering Service Work For You 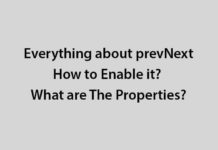 What Is prevNext? (14 Basic Features & How to Enable) 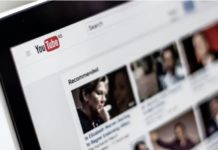