Technology has been changing at a faster pace. With the world being so technology driven these days there are different need of different users. And a simple smartphone although with different features cannot satisfy needs of different special requirement users. Keeping these requirements in mind smartphone innovations have reached a new level in its development and research. World must Get ready for an explosion of Smartphone innovation which is in its way to take over the world of technology to a different level altogether.

During recent times there have been major breakthroughs of innovation in the mobile technology world that will target a specific need based audience as per the mobile phone. It has to offer unique features for specially targeted audience. Many of such unique specifically designed mobile phone has been recently unveiled at Mobile World Congress 2018 held recently at Barcelona Spain. Few of such mobile phones are as discussed below:

If you are one who is just unsatisfied with the battery issues in your smartphone and continuously fast draining battery is your concern. To your delight Energizer is working on your battery issues problem and soon will launch its Power Max P16K Pro which is android smartphone with super 16,000 mAH battery. It is a great for those who are going on a long trip and is concerned about continuously getting a charging point to charge their smartphone. Good news is that it can sustain for about a week on fully charged battery that’s the pro about it and the con is that it twice bulkier than a regular smartphone.

If you want solace and want to cut off with so called social media frenzy world, here is another phone showcased at Mobile World Congress that is compact and lighter. Such are qualities adorned by Light Phone too which is slimmer and lighter gives a user functionalities such as making or receive call , send or receive messages and do similar basic function without being able to internet connectivity applications such as social media application and doesn’t even have the feature of multimedia options like taking a picture etc which makes it a complete privacy proof which will not disclose your location or spill beans about anything that can compromise on your company’s security features. It is great for those who just want to utilize the basic phone features just reverse in the direction of the usual tide.

If you want your laptop to be as portable as your smartphone and want your laptop to be as compact as your smartphone Planet Computers are to your rescue to help you with their latest offering Gemini smartphone which will flaunt its large physical keyboard just like laptop for easy typing as you do in your laptops .This will come in Android Operating System and also Linux as its software.
These are the some big announcement that captured everyone’s attention at Mobile World Congress held recently .Technological innovations have been exploring the world with new eye these days. 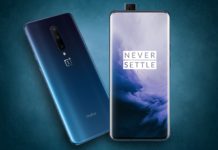 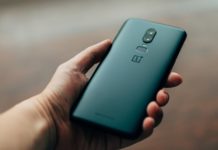