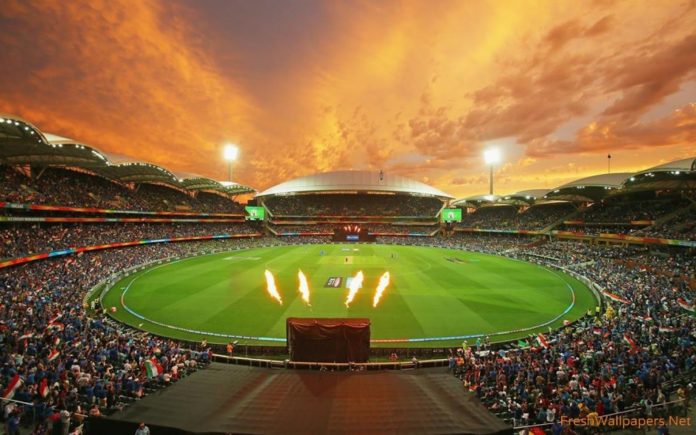 World cup fever can be seen among people a few months before it actually begins. Several jaw-dropping performances, suspicious matches, and mindboggling victories keep the audience excited throughout the journey of cricket cup. These epic matches are the results of prodigious efforts, hard work and consistent practice for years by the cricketers from different teams. It is more entertaining than a movie in theatre as it has real players, hosts, climax, thrill, mass audience, and media and, ultimately the curiosity to know what will happen next or who will win the match? Will he be the man of the match? Apprehension and long waiting hours while watching ICC says it all. And they are the history-making matches that endure seismic upsets and tough finish leaves behind the unforgettable prints still engraved in everybody’s minds. Here, we have enlisted Top 5 Thrilling Matches in Cricket World Cup that will once again bring back the goosebumps.

The first held World Cup final was one such contest that brought about many talented faces to the grounds particularly Clive Lloyd’s devastating hundred and Viv Richards’ power pack fielding. West Indies won the first Cricket World Cup trophy by defeating Australia by 17 runs in the final. The historic event marked a way for leading Test cricketers to test their skills on the terrific new world of one-day cricket. After playing so well, Australian captain Ian Chappell’s said “It was a very good day for cricket,” and the two best teams got into the final. “We made a lot of people happy,” said Lloyd. “It was an exciting day, an exciting game and I think we thoroughly enjoyed it.

This was for the first time that SL faced Aus in a major tournament final. It was played on the lands of Lahore, Pakistan on 17 March 1996, Sri Lankan sensational batsman Aravinda De Silva played a match-winning tournament with 107 not out and was named man of the match. A massive start from captain Mark Taylor and young superstar and future captain Ricky Ponting led Srilanka to bring its 4 prong spin attackers into action and won the hearts by 245/3 over 241/7 in 46.2 overs.

The second semi-final of the 1999 ICC Cricket World Cup was spectacular. People still talk over this match for the disastrous run out by Allan Donald and Lance Klusener that finished the game. The turning point of the other match was when captain Steve Waugh was dropped by Gibbs at short mid-wicket, as Gibbs excitement threw the ball up into the air as a gesture of celebration. This made media to report that Waugh said to Gibbs “You’ve just dropped the World Cup. Given the chance to play, Waugh scored an unbeaten 120 runs.

2011 ICC pulled the limelight when brilliant Ireland shocked England by defeating them by 3 wickets and holding the scoreboard at 329/7 runs at 49.1/50 overs in Bangalore. Kevin O’Brien came out as an enduring image who blazed the fastest century in Cricket World Cup history. He smashed unbelievable 113 runs off 63 balls and turned the tide into the heroic contest.

Indian captain Dhoni, player of the match is an exemplary champion in cricket folklore whose intelligence and team spirit brought a moment of pride for the entire nation. Indian won second World Cup after an extended wait following 1983 tournament and the third team to hold the trophy for more than once. Another compatriot with athletic spirits was Yuvraj Singh who was awarded the “man of the tournament. The winning starry night looked glittering with the honor of winning on the home ground. It is an ever cherishing moment for all Indians.

These were few astonishing victories that bring pride to their countries and a day to celebrate wholeheartedly. 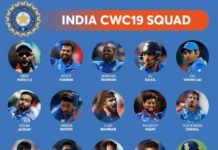