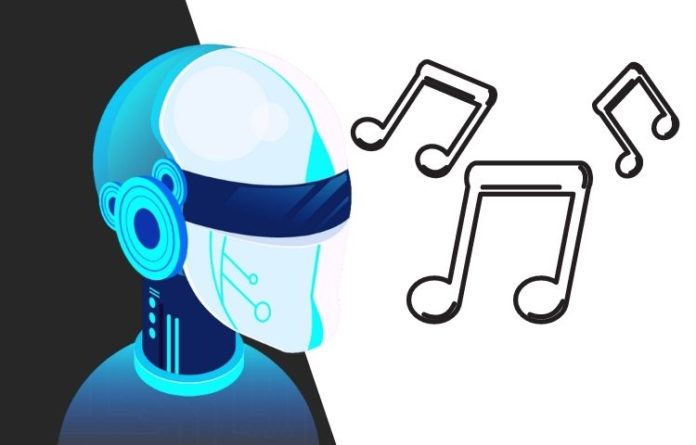 If you’re seeking for a new Discord Music Bot to replace Groovy or Rythm, look no further. This post will show you how to set up and utilize Hydra bot, a new Discord Music bot that allows you to stream music to your server and channels without relying on services like YouTube or Spotify. We have been using Hydrabot for quite some time now, and only a few song requests have failed.

All of the most prominent and well-known music bots that utilized YouTube and/or Spotify for material have been taken down with cease and desist notices, as you are surely aware.

This has left a huge hole for many Discord users, as music streaming in servers was one of the platform’s most popular features. Thankfully, there are still several excellent options available that, so far, appear to be immune to removal. For the time being, at least.

One of these services is Hydra bot discord, a strong music bot that you can add to your Discord server and use. It contains all of the standard controls for managing music, including the ability to use emoji reactions.

Hydra also contains simple commands that allow server members to communicate with the bot and make song requests. You may also use the bot to request music directly from YouTube.

The currently playing song will also be displayed on the song request channel. This makes it easier for a member of your Discord to find music they like immediately.

You can also give the Hydra bot a DJ position to give select members of your Discord extra control over the music. It is a music bot with an intuitive reaction-based interface and a novel manner of displaying the currently playing song and queue (optional).

You can customize Hydra on the web without having to remember any commands or syntaxes thanks to Hydra’s rich web dashboard. With our simple-to-use yet powerful reaction roles editor, you can create interactive messages in no time!

Hydra can be used in almost any language you wish! Most spoken languages from across the world are represented, including English, Chinese, French, Spanish, Polish, Russian, and more! If your language isn’t currently accessible, you can even help us translate.

When using Hydra with a custom player, you’ll be able to command the bot using a dedicated song request channel. Hydra enables you to use a variety of platforms to pursue all of your passions. Hydra is being scaled around the world using industry standard techniques in order to ensure 99.9% availability. We can provide a seamless and stable service by putting in a lot of work.

The hydra bot has features like adding songs to a queue, adding playlists from platforms like YouTube or Spotify, and more, all of which can be done with a few easy phrases.

The hydra bot has several capabilities similar to music players, as well as those that aren’t, such as pause, resume, play, queue, next, back, clear, jump, shuffle, and more, all of which can be done on your discord server. If you prefer a simple player layout with buttons to control your music, they also have a unique song request channel.

Examine the distinctions between the standard mode and our unique song request channel. As a result of recent events, they have been obliged to accelerate their efforts to change Hydra’s course as quickly as possible. This necessitated the removal of YouTube as a supported platform on Hydra right away.

How To Add Hydra Bot Discord Setup To Your Server

Hydra Bot Commands can also be used for all of the aforementioned. Go to the Discord server where you welcomed the Hydra Bot and look in the General Text Channel for Hydra Bot Message.

How To Create Reaction Roles On Discord Server With Hydra

Furthermore, “Reaction Roles” are based on an earlier method of message interaction known as “reactions.” Discord began introducing techniques to make interaction easier a few months ago, including message components such as buttons or choose menus, which are rarely supported by other services.

Step-1: Navigate to the “Reaction Roles” page on the dashboard after selecting your Discord server. Continue by giving your setup an appropriate name; don’t worry, you can always rename it later.

Step-2: The next step is to choose which Discord text channel the message should be sent to – make sure you choose the correct one because you won’t be able to modify it once you’ve saved the settings. Now you may add your first choice by clicking the “Add Option” button, which will open a new panel.

Step 3: You’ll configure the choice itself, as well as all of the actions that are triggered by selecting the option, in this modal. Options include buttons, choose menus, and reactions; we advocate using buttons for your settings because they provide the best user experience. Select menus are ideal for more sophisticated configurations since they provide a greater number of options and can be theme-structured or similar. On a Discord server that hasn’t been upgraded, you can add up to 10 buttons, 1 pick menu, or 8 reactions to a single message.

Step 4: Choose a unicode or custom emoji, change the label and design of the button, or add an explanation placeholder to your chosen menus to personalize the options. However, all of the setup options should be self-explanatory.

Step 5: After you’ve custom-tailored your option to your taste, you can start adding actions to it. When a user selects an option by interacting with it, for as by clicking a button on a message, they will be done. You can choose from a number of different action kinds, the most popular of which is “Add a role.”

Step 6: It’s simple to set up this action; simply open the roles selector and select the role you want the user to interact with. The two other role-related action kinds are just as simple to set up as the first, with the exception that you can now select several roles. When a user uses the “Add multiple roles” action, they can receive numerous roles at the same time! The “Add a random role” action assigns them a role at random from a pre-configured pool. Both of these advanced action kinds are only available on Discord servers that have been updated.

Step 7: They also have two types of actions for sending messages: standard and concealed. The latter makes use of Discord’s new ephemeral message functionality, which means that only the user who interacts with the option can read the message that has been delivered.

With our powerful message builder, you may customize the messages sent to your liking! Simply fill in the fields where you’d like material to appear.

How To Apply Hydra Bot Setup To Your Discord Server

To Use Hydra Bot Music Channel, Follow The Given Steps:

Step-1: By clicking on the channels with a speaker symbol, you can simply join a voice channel.

Step-2: Participate in the Voice Channel. Voice connected will appear at the bottom of the right sidebar.

Step-3: To play music through the Song Request Channel, all you have to do is type the song’s name.

Step-4: To build a queue, input the names of all the songs you wish to include in the queue, and it will be created automatically.

Step-5: To control the queue, utilize the emotes below. The songs in the queue can be paused, resumed, skipped, looped, unlooped, shuffled, added to favorites, and canceled.

Step-6: To control the queue, you may now use simple phrases like next, pause, resume, and so on. Some command terms that you can use in the server are listed below.

How to setup music bot on discord by using hydra bot?

To set up or play music bot on discord by using hydra bot, you just need to follow certain steps:

Step-1: Become a member of a Voice Channel. By clicking on the channels with a speaker symbol, you can simply join a voice channel.

Step-2: Become a member of the Voice Channel. Voice connected will appear at the bottom of the right sidebar.

Step-3: Put on some music. You can use the command ‘.play’ followed by a song name or a link from YouTube, Spotify, SoundCloud, and other sources.

Step-4: Use the.queue command to view the music in the Queue. In fact, you can also remove the song from hydra bot discord by using the command: .remove < song number> or .remove range <from> < to>. 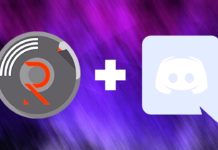 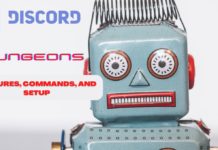 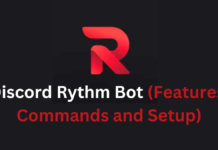 Cool Apps that are making lives easier and fun