As the cases for COVID-19 is increasing, new options are being found to battle the situation. In light of this, Google has plans to develop a Bluetooth framework in iOS and android devices that can help recognize someone affected by the disease.

As of now Apple has partnered with Google to come up with a Bluetooth technology of contact tracing so that people affected by COVID-19 can be traced out. Though the framework will be helpful in tracing out the affected people, it is also being taken care of that proper privacy can be maintained in the forefront.

The solution will include technology of operating system and API. As a result, an API framework along with technical documentation for cryptography specifications and Bluetooth specifications will be released.

The Seriousness of the Virus

The Covid-19 virus started in Wuhan, China and now has spread out to more than 100 countries across the world. The number of people getting infected is rising each day and also the numbers of deaths are on the rise.

As there is no vaccine introduced as of now for this contagious virus, maintaining social distance is the only remedy that most of the countries are following. But apart from this, another way how people can stay alert is by knowing whether they have come in contact with a person infected with the virus or not.

Testing procedures are conducted in different medical centers but self testing and self awareness can actually provide some relief and help to the medical experts who are working tirelessly to deal with the situation.

Guidance has been notified that people feeling any symptom virus should stay quarantined for 8 to 14 days and should get tested if symptoms get deteriorated. Some of the important symptoms that have been mentioned are:

Cold, cough, sore throat and fever can also be reasons of other infections such as a viral fever or so. Hence, it is recommended to have a check and stay quarantined for a week or so. Normally, such infections go away in a week. But if the condition does not improve even after a week, it is necessary to get a test conducted. It may take 8 days to 14 days to know whether you are actually infected or not. Hence, it is important to stay away from people if you find such symptoms in you.

What is the plan?

The technology should work in two consecutive steps.

Step1: As per the very first step, Apple and Android operating systems will come up with an API in the month of May this year. The users have to install this API on their respective devices to get it started.

Step 2: The second step is where Google will work with Apple to come up with a broader platform for contact tracing that will be Bluetooth-based. This is supposed to be much productive in nature than the applications. This technology may take some months to come up. It is to b made sure that privacy is taken care of so that more number of users can participate and get the technology, helping the health authorities of a country.

The companies have mentioned that of course, it will highly depend upon the Government, public and health authorities to make use of the technology that they are coming up with. But with the power of technology, it is always possible to at least slow down the spreading of the virus across the world and help the countries in combating with the issue.

How will the technology work?

How is it different from others?

In order to help people stay alert and safe, a number of applications have already got developed in different countries. But one of the major conflicts that are rising among public is regarding the security concerns.

Security of privacy and private information is a big issue today when the cyber crimes and instances of data theft is on the rise. This is the reason most of the apps are still not able to attract more number of users to use them.

But Apple has mentioned that the technology that they are coming up with have taken care of such privacy concerns. The Bluetooth Low Energy technology will make sure that the data is exchanged in between two people without exchanging any other information about the person such as location.

In this technology, the app will not require the location of the user. Also, the data uploaded on the app will be only dependable upon the consent of the user. Even if the person is detected as Covid positive, the data will be uploaded and circulated to other nearby person only when the infected person has provided consent to the app to do so.

Though the privacy of the users have been mentioned, now it depends on the matured behavior of the people whether they cooperate with the society by letting the app know about their details of not. 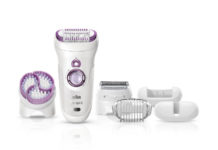 Trending Fitness Wearables and other Wearables in India 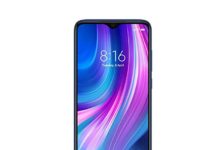